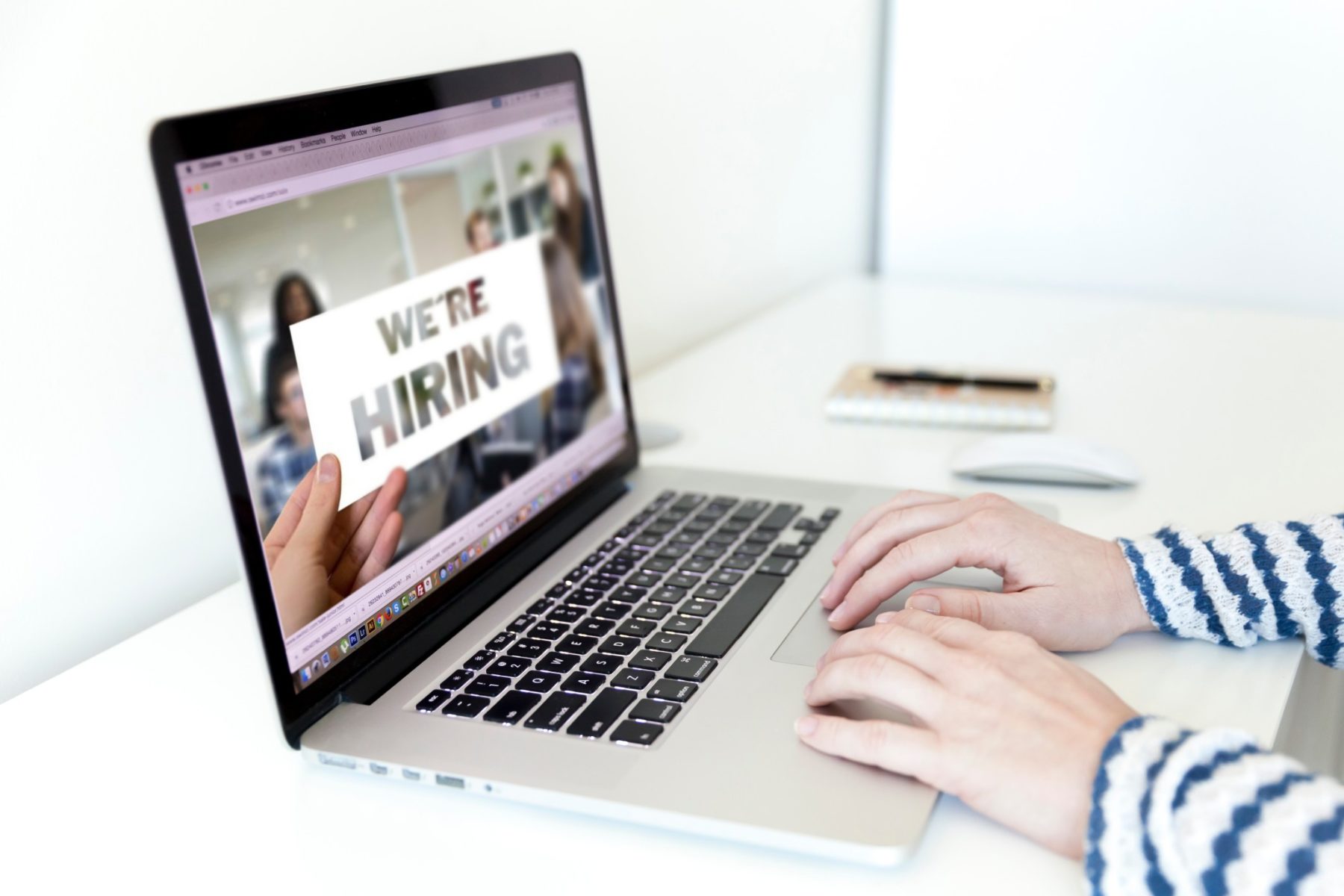 Everybody wants to be part of an exciting and growing business, especially if they believe that they’re a large part of this growth. However, this may not often be the case, as many people often feel as though they’re a cog in the wheel, helping a large company keep going. Much of this can be seen in Los Angeles, where there are quite a significant number of large companies. While this affords a considerable amount of job security and the potential for promotions, these traits can come with a lack of engagement from management and others.

With growing companies, many of us can often feel a sense of adventure as the firm reaches new heights. A lot of this can be seen in fast-growing companies where the spirit of excitement can be palpable. This is something that many of us might desire, although many of us mightn’t know where to look to find such a company. However, growing quickly isn’t the only trait that many of us will look for with these firms. Instead, a significant number of us will aim to compromise between a stable foundation and a large amount of growth. While Los Angeles has a considerable number of companies that have slowed down their growth for various reasons, there is still a variety that is growing quickly.

There are several that stand out for a few positive reasons, which may encourage us to apply for a position with them. However, there can be quite a difference between wanting a job at a particular firm and actually getting one. As such, there will be a few things that you’ll need to receive a position at some of the fastest-growing companies in Los Angeles.

The Fastest-Growing Companies In L.A

GoGuardian is an El Segundo-based technology start-up that has been making a name for itself working with school districts across the state. The company helps educational facilities to manage the Chromebooks and other devices that their students use.

Founded in 2014, the company has grown considerably in the past three years, with reports suggesting that its overall growth has jumped 4,409% during this time. The company offers a variety of products and services geared toward keeping students safe while using Chromebooks at school. These also include a range of classroom management products, as well as anti-bullying and suicide prevention software. The company also offers several asset tracking services for the schools that it works with. Though much of GoGuardian’s business is based in Los Angeles, it’s been expanding across the country as of late, with this being behind the majority of its staggering growth. Naturally, if you’re looking to work with the firm, then you’re going to need a significant amount of technology skills, as well as a passion for education.

SnackNation has been growing rapidly over the past few years, with this showing no signs of slowing down. Founded in 2014, the company offers a variety of data & insight-driven solutions to health-focused brands, with the end-goal being to help them grow their consumer base.

The Culver City-based firm offers a tailored marketing and sales solution to each of the companies that it works with. Alongside this is the company’s B2B membership model that provides healthy snacks to the businesses that it works with. The primary benefit to these clients is that their employees are given reliably-sourced, and healthy, food that improves their nutritional habits in-office for an affordable price. With the food companies that SnackNation works with, it also offers a data-driven marketing platform alongside the many offices that partners with. To work with SnackNation, you’ll need to be analytically-minded and have a variety of skills in this regard. Alongside this, a deep knowledge of the health-food sector should be incredibly beneficial.

Inspire is another Culver City-based firm that was founded in 2014, and which has been growing considerably since then. The company offers a reliable power system that looks to take advantage of consumers’ increasing demands for clean energy, with the firm looking to ‘inspire’ people to make the switch to cleaner electricity.

Founded by Dan Bell, the company is driven by a variety of core values, with each of these being focused on reducing carbon emissions and increasing recycling across the country. As such, the firm has aimed to expand as rapidly as possible, with the company relying heavily on smart devices to do so. While there are a variety of things that will help you get a position with Inspire, being environmentally-minded is mandatory. Having a range of tech-focused skills and a long-term outlook toward growth and sustainability should also be beneficial. Consumer-facing sales experience should also be helpful in this regard.

Being founded in 2014 seems to be lucky for a variety of companies, as ServiceTitan is another firm established in that year that has been expanding significantly recently. The business offers a variety of business management programs that have become increasingly popular, both in Los Angeles and elsewhere.

In its initial years, the company has partnered with several well-known service companies in the area, which helped to lay the foundation that much of its recent growth has been built on. Based in Glendale, the company focuses primarily on creating solutions for companies in the customer service niche, with this mainly being focused on blue-collar businesses. Since then, it’s expanded many of its operations across the country and looks poised to keep growing. If you’re interested in working with ServiceTitan, then you’ll need skills in a variety of areas, with technology and program development being some of the more notable. Alongside this, you may find that B2B sales and customer service will be beneficial.

ScaleLab is a Century City-based talent agency that was founded in 2013 to capitalize on the growing popularity of YouTube personalities. Since then, it’s widened its focus somewhat to include presenters from a variety of other online content platforms.

The company offers a wealth of services to the creators that it works with, such as community support, marketing, and much more. These services are geared toward increasing a client’s overall revenue, with much of this being driven by increasing viewership, subscriber numbers, and a variety of other factors. There are a few notable skills that you’ll need to work with ScaleLab, with the majority of these being focused on digital marketing. A depth of knowledge in the ever-changing online landscape should also play a large role in this. Sales and customer service may also prove to be beneficial in this regard.

How To Get A Job With Fast-Growing Companies

While each of the companies above will look for various skills and experience, there can be a few ways to increase your chances of getting a job with them. A significant number of these will be similar to receiving a position with a firm that isn’t as fast-growing. As such, many tips and tricks for finding a job will be applicable to each of the above firms. However, there are a few things that you might want to consider when applying. One of the most notable is to highlight your adaptability, especially when confronted with new and unique challenges.

These are things that the majority of fast-growing companies will have to overcome regularly, which is one of the more common traits that they possess, regardless of industry. Alongside this is flexibility. While many people may see this as the same as adaptability, there can be a few subtle differences between the two. Where adaptability can be seen as the ability to change and evolve over time, flexibility will focus more on your approach to overcoming these challenges. Much of this can also be focused on your overall role and how you work.

While the majority of people will know to research a company before applying, and especially before an interview, this is something that’s increasingly more vital with a fast-growing firm. This is especially true if the company is disrupting the sector that it operates in. When you’re doing so, you should look at how and why the firm is managing to grow so quickly. Alongside this, you should then tailor your application and the interview itself to these areas, which should help you stand out much more than many of the other applicants who may be vying for the same position. (Related: The Most Expensive Homes in Los Angeles)

There can be quite a significant number of things to help you land a role with the fastest-growing companies in Los Angeles. As mentioned, many of these can be similar to getting a position with the majority of other companies. One thing that you should always keep in mind, regardless of the company or how fast it’s growing, is to tailor your application to each company. This is something that many people tend to overlook when applying for any position, which often results in their application being unnoticed. Doing so, however, not only demonstrates that you’ve paid a considerable amount of attention to what the company does, but also how you can best meet the firm’s needs.