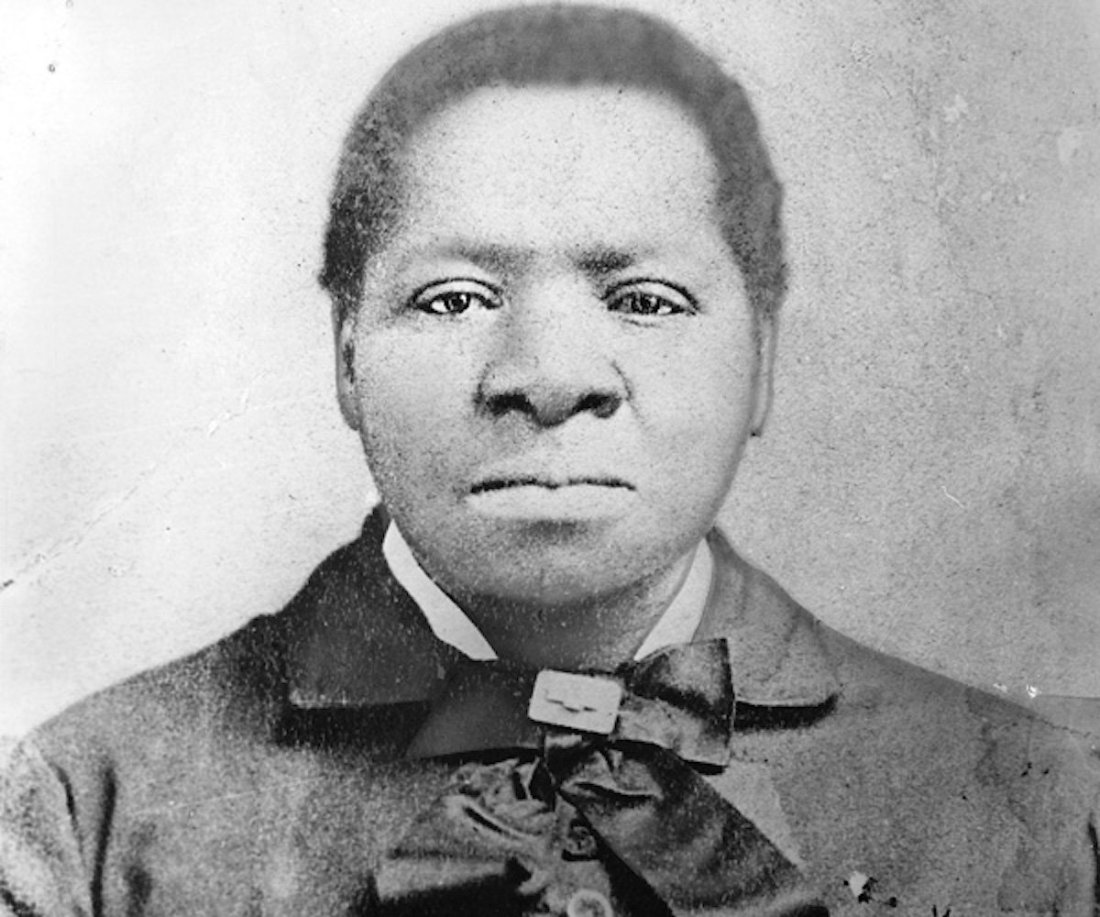 Posted at 13:06h in History by Ashby & Graff Staff 0 Comments

February is Black History Month and there’s no better way to commemorate than to honor the contributions of Biddy Mason. Bridget “Biddy” Mason was a formerly enslaved woman who forever altered the real estate landscape of Los Angeles. She is still fondly remembered by the community and politicians of the city over 125 years after her death.

Biddy Mason was born into enslavement in 1818 in either Mississippi or Georgia (accounts vary). She served in the household of a farmer named Robert Smith, his wife Rebecca and their children. During that time, Biddy bore three children of her own; Ellen, Ann and Harriet. 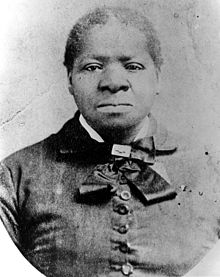 Biddy’s responsibilities including caring for Rebecca and the Smith children, as well as tending to the livestock in the fields. Her duties made her an expert in matters of midwifery and nursing.

At that time, Mormonism was gaining in popularity as a new religion and the Smith family converted. Eager to take advantage of new opportunities, Robert Smith decided to relocate the entire family—including the people they enslaved—to Salt Lake City, where a group of Mormons were traveling. The Smith family made the journey across land, riding in a caravan. Biddy trekked the 2,000 miles on foot, as she had to manage the livestock along the way.

After a time in Salt Lake City that spanned just two years, Robert Smith set his sites on California, securing land in San Bernardino, where he attained success in the cattle business. Biddy played a key role in handling the cattle there, as well.

California had already made it possible for enslaved people in the state to be free, with the Compromise of 1850. Biddy made friends of some of the newly freed men and women in San Bernardino, including Elizabeth Rowan and Black businessman Robert Owens and his wife, Winnie. Eventually, one of Robert Owens’ sons began courting Biddy’s oldest daughter Ellen. Unknowingly, Biddy was also a freed slave, along with the other slaves in Robert Smith’s household, because they had crossed the California boundary.

Meanwhile, Robert Smith was getting restless. His cattle business was failing and his relations with the Mormon community in San Bernardino were tense. In addition, the tensions between the North and the South were reaching all time highs. Smith began to worry that his free labor from enslaved people would be forcibly removed from his household. He had purposely tried to keep their free status hidden from them the entire time they had lived in California. The always opportunistic and shrewd Smith made the decision to pick up stakes and move the household to a desolate canyon in Santa Monica in an attempt to isolate his “slaves” and prevent losing them. From there his secret plan was to head to Texas to take advantage of a California law that said if a freed enslaved man, woman or child returned to a slavery state, they would become enslaved again.

Biddy, still naive about her situation, shared the sad news of the upcoming move to Santa Monica with her friends. Angered by Smith’s plot and distrustful of his intentions, Biddy’s friends jumped into action. Elizabeth Rowan told the sheriff of Smith’s scheme. Robert Owens, no doubt spurred on by his son Charles who loved Biddy’s daughter, joined the sheriff’s posse to serve Smith with a cease and desist order. A trial ensued.

It was at the trial that Biddy became fully aware of her rights. The compassionate judge spoke privately to Biddy and asked her outright if slavery was her wish for herself and her children. She courageously spoke up for herself and declared her desire for freedom. Robert Smith was ordered to release the enslaved men and women he kept as property.

The Owens family took Biddy and her girls in, where Biddy became an invaluable extended member of the family, continuing her work in midwifery. She soon found paid work as a nurse for a family friend, a white doctor named Dr. Griffin.

In time, Biddy’s reputation for her excellent knowledge and skills became known throughout the Los Angeles area, and she earned the nickname, “Aunt Biddy.” Meanwhile, Biddy’s daughter married Charles. Later on, Biddy would lose her middle daughter Ellen to what was most likely small pox. 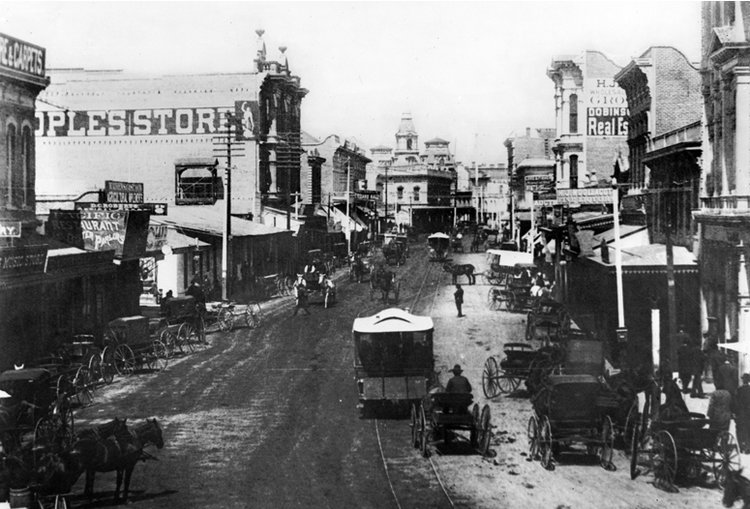 Both Robert Owens and Dr. Griffin were invested in real estate They encouraged Biddy to do the same. In 1866, at the age of 48, after considerable saving, Biddy purchased her first piece of property on Spring Street, between 3rd and 4th Streets. This was to become the start of a new chapter in Biddy’s life. (See above photo showing view of Spring Street, Los Angeles looking north from 1st Street, circa 1870. Credit: California Historical Society Collection/USC)

Biddy went into business for herself as a midwife. The small property at 311 Spring Street became her family’s homestead, which she made her children promise to never sell. She opened up her home to anyone who need help, including a local church founded as the First African Methodist Episcopal Church until they found a place of their own.

Biddy continued to buy property in Los Angeles, eventually becoming one of the wealthiest women in the city. She turned a profit again and again in real estate, but always remembered those less fortunate. She visited prisoners in jail, made care-taking visits to the destitute and allowed those who were down and out to recover in her home until they could get back on their feet again.

Biddy passed away in 1891 at the age of 73. Her legacy is one of a former enslaved woman who gained freedom and used her lifetime to help others as well as her family. 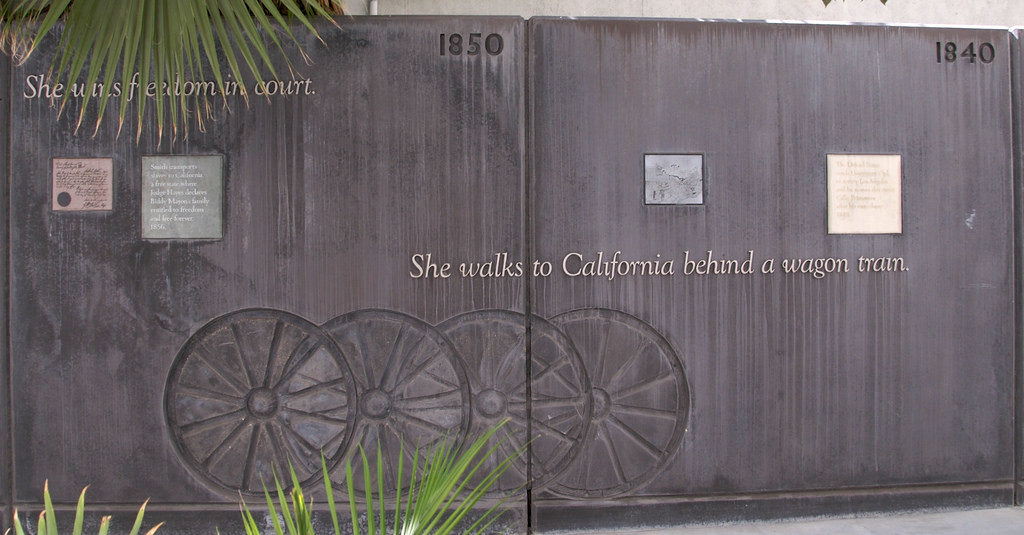