The Rich (and Haunted) History of the Legendary Culver Hotel 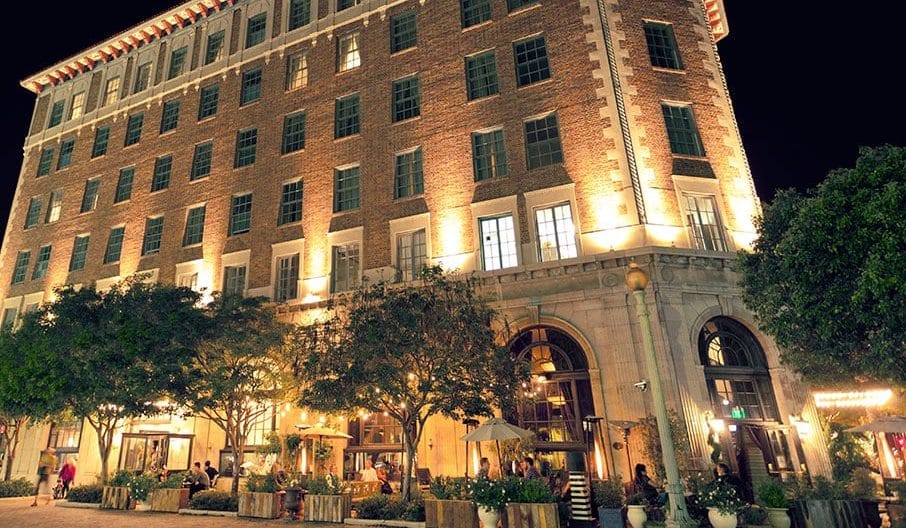 Posted at 22:18h in Out and About, SoCal by Ashby & Graff Staff 0 Comments

Culver City has played a pivotal role in American film and television, as it has been home to studios like MGM and Sony, leading to its reputation as ” The Heart of Screenland.” It is also home to the iconic Culver Hotel, an architectural gem whose rich, storied history spans more than 90 years. This beloved hotel has hosted some of the most famous celebrities of all time, and its history is convoluted with so many rumors and tall tales that it remains one of the most interesting and mysterious landmarks in Los Angeles. 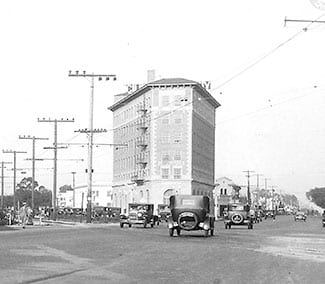 The Culver Hotel was erected in 1924, and it made headlines as the brand-new, ultra-modern “Culver Skyscraper.” At six stories tall, this hotel towered over the other buildings in Culver City during the 1920s, and a crowd of about 8,000 people gathered around this impressive architectural beauty to celebrate its grand opening.

Ownership of the downtown Culver City hotel is enshrouded in rumors and legends. For instance, it’s rumored that Charlie Chaplin, who owned the hotel at one time, lost the hotel in a poker game to Mr. John Wayne. Other owners and rumored owners of the hotel include Red Skeleton, the YMCA, and Lou Catlett. 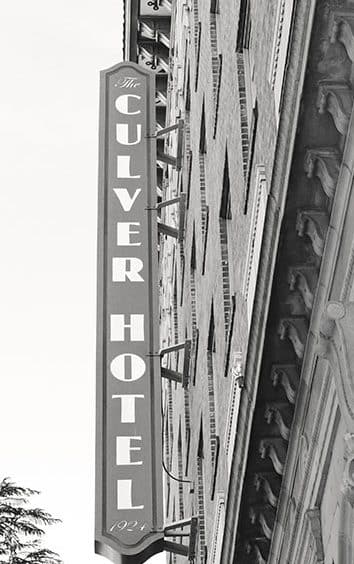 Many Hollywood icons visited and even resided at the famed Hotel, which made it one of the best spots for star sightings during Hollywood’s Golden Age. Because Culver City was regarded as the “Heart of Screenland,” the hotel attracted world-class movie stars. Some of the most notable stars that have allegedly resided at the Culver City hotspot include Ronald Reagan, Elvis Presley, Audrey Hepburn, Greta Garbo, Clark Gable, and Buster Keaton.

Some of the most bizarre stories about the hotel revolve around Munchkins. Yes, as in the Munchkins from The Wizard of Oz. During the filming of this classic film in the late 1930s, MGM put more than 120 little people who played the Munchkins up in the hotel. Apparently, the Munchkins got a bit unruly during their stay at and stories of their wild, grand time at this iconic hotel still live on to this day. In fact, these larger-than-life tales inspired the 1981 film Under the Rainbow, which starred Carrie Fisher and Chevy Chase. 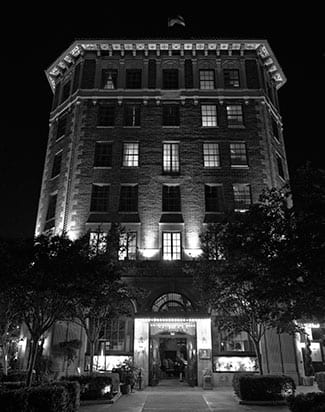 From the 1940s to the 1970s, the hotel fell into a somewhat dilapidated state, and people forgot about the glamor and excitement that once surrounded the hotel. Fortunately, it has since been revived to its former glory – grand lobby and all – and now visitors can step foot in this gorgeous building and envision what it was like when icons like Charlie Chaplin and Audrey Hepburn once frequented its rooms.

The Culver Hotel was built in 1924, so rumors of ghosts simply come with the territory. The hotel’s vibrant history has led people to believe that the rooms and halls are haunted, and thus it attracts a number of hopeful ghost seekers every year. It should be noted, though, that there is no definitive proof that the hotel is haunted, so don’t let the stories of ghosts wandering the halls keep you from visiting this beautiful, historic Los Angeles gem or staying at the hotel.

So if you find yourself in La La Land, you might want to pay a visit to one of the town’s most iconic landmarks. And the best part? The famous Culver Hotel is a great place to grab drinks and a bite to eat, so you can enjoy the history and the mystery of the hotel while chowing down on some good grub. Easy to get to from Hollywood, Beverly Hills, or Santa Monica, the hotel is sure to continue attracting the “in” crowd for years to come!